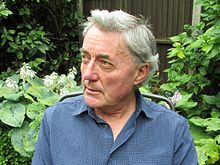 Seeing things as they are

While growing up in South Africa during the nineteen sixties it was clear to me that local composers counted for very little. After graduating as an economist I went into self-imposed exile for fourteen years. When I came back in 1979 the SABC’s music department was taking South African composers more seriously than before. Naturally they needed to be decent conservative types if they were to flourish under the prevailing system. Overseas exposure, such as I had had, was a cause for suspicion. When the old regime started to crumble musical opportunities improved dramatically as doors, which had long been closed to composers like me, were suddenly opened. Things got even better in the years immediately after 1994. However, by 2000 most of our orchestras, along with many performing arts bodies, were in a state of collapse. The national broadcaster had not only lost its NSO but had lost its way, and composers and performers found the once bustling recording studios deserted, the music producers living off golden handshakes, and performance and dissemination possibilities a thing of the past. A bright light shone a few years later with the birth of two green shoot orchestras, and the bouncing back of opera -and to a lesser degree ballet. However, this uptick has not proved as far-reaching as one might have hoped for.

2018 is a strange time in musical South Africa. After all, we still don’t have a national broadcaster promoting our composers and performers, so that even if your piece is played wonderfully well by whoever, you will still have no chance of hearing it on the country’s national wavelengths. After years of talk, there’s still no national symphony orchestra about to replace the old NSO. There are no musical philanthropists to be found anywhere. People still sit in offices at UNISA and decide which South African composers should be mentioned in the country’s national school syllabuses, and which South African composer’s piano music should be included in piano grade exams. The English universities have more or less given up the musical ghost, and the Afrikaans ones often have a bureaucratic feel that harks back to the way things once were. We have three main philharmonics, of which two have the same CEO and artistic director. The music rights people no longer reveal the source or amount of royalties one earns as a composer. A musical award is very rarely given to a South African composer; and when it has been given it is usually a bronze category award.

What can a young South African composer do in these difficult times? He or she will doubtless have to teach in some capacity or other; and if he or she does write something worthwhile he or she will experience considerable difficulty in getting it performed. Some will go overseas only to discover that they are now foreigners in an increasingly nationalistic world, and will find it difficult to get significant performances or broadcasts in their adoptive country. The composer’s original nationality will prove a disadvantage in many places. If he or she works twice as hard as a local they might just have luck. Britain is remarkably supportive of its composers -and of foreign ones, especially if they come from places, like the USA, Scandinavia or Finland (with its six orchestras). Just like the much admired Aussie, our South African is not going to be given a passport to easy compositional success in the UK - or elsewhere.

I had to wait until I was thirty-eight before I received my first South African orchestral performance. The year was 1983 and things were slowly moving towards a more enlightened musical future that was to last for ten years (from about 1988 to 1998), when orchestral performances were professionally recorded and broadcast nationally. During these years South Africa seemed to open up musically, and there were increasing possibilities for composers. Unfortunately these times, as already mentioned, soon passed.

NMSA is a small organisation, but it has integrity at its core. It allows its members to submit works that are judged objectively, whether for an Indaba, the ISCM or a national competition. This is a real plus. It deserves the support and membership of many more South African composers, as well as performers committed to bringing South African art music back from the brink and into the spotlight. Hopefully it will grow in a country filled with talented performers (often very tribal in their approach to local composers!) and gifted composers (who one day might become a little more accepting of one another!). None of this, of course, can replace a dedicated national broadcaster to record, broadcast and disseminate music. However, we have a rich ethnic musical heritage, which does offer possibilities. This, together with a change of mindset that encourages what is good and worthwhile musically in one’s fellow, should help to give budding composers a creative environment that offers greater possibilities. I wish NMSA much success in the years ahead and would definitely not rule out the possibility of it eventually becoming the ‘Composers Association (Guild) of South Africa’ with an accessible office in a major city.