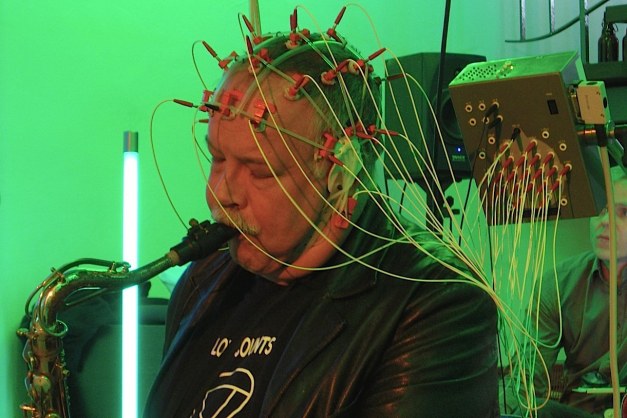 Born 1953, Den Haag, The Netherlands; composer, alto and tenor saxophones, computers, electronics.
Luc Houtkamp is a composer who bridges the gap between different worlds of music. Having a background in jazz & improvised music as a saxophone player, his musical goal is to establish a continuum between improvisation and composition in which the difference between the two dissolves.

With the aid of computers and live electronics as well as various forms of music notation his compositions are highly personal in both sound and concept. Stylistic freedom is not a post-modern cliché, but based on his belief that musical style is secondary in importance and they’re to serve the expressive quality of the music itself. His main interest in his pieces is the way in which the musicians play together, and how this can be directed by means of composition and the use of computers.
After a long-standing career as an improvising musician, Houtkamp established his own POW Ensemble in 2002. Being a flexible unit of musicians with musical backgrounds in jazz, rock, electronic and contemporary music, it soon became the ideal body for the performance of his own composition.

In 2014, Houtkamp moved to the island of Malta, where he soon became integrated in the local new music scene. He now mainly concentrates on composition.