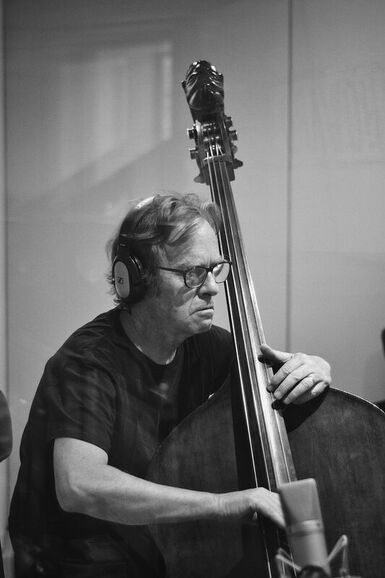 Marc Duby began his professional career as electric and acoustic bassist in Cape Town in 1972. Awarded the first South African masters’ degree in jazz performance (cum laude) in Durban 1987 under the supervision of Prof. Darius Brubeck, he completed his PhD thesis at the University of Pretoria in 2007 on the topic of Soundpainting, the framework for live composition developed by the New York-based composer/saxophonist Walter Thompson. Over more than four decades, Duby has performed professionally with a host of local and international artists. Internationally recognised as practitioner and researcher, he has performed in England, France, Holland, India, Mexico, Thailand, and the United States, as well as presenting academic papers in South Africa and abroad. Of late Duby has been exploring the world of DIY electronics, in the process building a modular synthesizer and a large number of sound-modifying devices. An NRF-rated researcher and award-winning composer of film music, Duby remains active as a performer, composer/arranger, and music educator, and serves as Research Professor in Musicology at the University of South Africa.